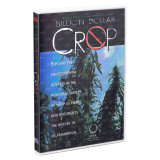 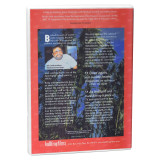 Backed by years of world-wide research, Billion Dollar Crop exposes the political and industrial manipulations which outlawed one of the most highly valued plants in history.

Hemp once provided the paper on which US banknotes were printed, the cloth for the original Levi jeans, as well as the sails and rigging of ships. During World War II it was of such strategic importance that the US Government encouraged farmers to convert to hemp cultivation.

Billion Dollar Crop shows how the recently developed, non-drug variety of hemp is being researched and cultivated internationally because of the plant’s versatile qualities and environmental friendliness.

This program takes the audience on a world tour from Australia to the United Kingdom, The Neterlands to France and the United States; illustrating how hemp is being cultivated as an industrial fiber for use as an alternative to wood for paper production, to cotton for clothes, and to plywood for construction. We all benefit, especially our forests and topsoil.

“Once again, our muddle-headed prejudices are costing us.”
— SMH The Guide

“As brilliant and hard-hitting a piece of TV journalism as I’ve ever seen … provides irrefutable evidence that this versitile, easily grown, environmentally friendly crop could provide thousands of jobs, billions of dollars in exports and major reductions in our present day environmental destruction.”
— Eden Institute

A film by Barbara Anna Chobocky with Michael Cordell and Jeffrey Bruer. Made with assistance from the Australian Film Finance Corporation, AFTRS, ABC TV, Australian Film Commission and the NSW Film & Television Office.