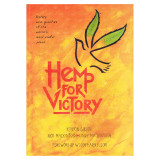 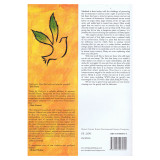 A definitive study of the worlds most useful plant.

Mankind is faced today with the challenge of preserving the environment. Common sense ought to prevail in this, but there has been a trend to ignore science and set out on a course of destruction. Unprecedented storms wreak havoc on major cities, large sections of the ice-caps melt away, and arable land is turned to desert. Most would agree that we need to act to remedy this, but a small minority group has led us into a dangerous place in history; it is possible that they are forcing the extinction of Homo sapiens.

The negative picture, however, is not without some light, and part of this light comes from a rational study on our environment. Hemp is a plant that has been used for millennia, and for which there is copious record showing that we can use it to make clothes, medicine, energy, paper, food and thousands of other products. It is grown with little or no pesticides, and it can be cultivated in almost every country. Many are now replanting what they once did grow.

Welcome to all this is, there are those who still insist we do not use hemp. The fact that hemp is so useful is what makes it an enemy to some industrialists, and this makes for a struggle. On one side there are those who wish to reduce global warming and avert other disasters, whilst on the other side there is an element of humanity which profits from other’s misfortune. Thus there is a war on common sense, waged in the media and in the corridors of power. Hemp is a part of that war, just as it was a part of other wars, including WWII when its growth was encouraged in the USDA film titled Hemp for Victory.

We are wise to grow hemp and make our own victory, winning over the greedy and the dishonest.

“Impressive. Read this book and educate yourself.”
— Jack Herer, author of The Emperor Wears no Clothes

“Hemp for Victory is a valuable addition to anyone’s research library. Along with the basic information that everyone needs to know about this amazing plant, the researchers provide depth and detail that give context and insight useful for even a well-versed hempologist. Bravo!”
— Chris Conrad, author of Hemp: Lifeline to the Future

“The talented researchers and writers assembled by Kenyon Gibson have gone above and beyond the call of duty by creating a phenomenally documented compendium on cannabis hemp. Paralleling the numerous uses of cannabis hemp, Hemp for Victory details its social, political and economic impact over the years. Historical and current information covering a wide range of relevant topics makes Hemp for Victory especially useful for an equally wide range of readers. Environmentalists, farmers, patients, and manufacturers will all benefit from Hemp for Victory. From the budding hempologist to the seasoned activist, Hemp for Victory is a must have.”
— John E. Dvorak, Board Member and Treasurer of the Hemp Industries Association, founder and curator of the Boston Hemp Co-op’s Hemp History Library and Museum

“A magnificent piece of vast erudition and profound insights.”
— Michael Skakun, author of On Burning Ground

$14.95
$14.95
$9.95
by Doug Fine Dispatches from the Front Lines of the Next Agricultural Revolution Bestselling author Doug Fine embarks on a humorous yet rigorous journey to meet the men and women who are testing,...
Add to Basket
Add to Basket

Hemp and the Rule of Law

$20.00
$20.00
$18.00
A documentary by Kevin Balling Blending history with current events, this one-hour documentary traces hemp’s legendary past in U.S. agriculture and chronicles the heated debate to return the crop to...

$20.00
$20.00
$18.00
The Hemp Revolution tells the amazing and little known story of the Hemp plant. Hemp, probably the first plant ever to be cultivated, was among the world’s largest agricultural crops until the 1800’s...